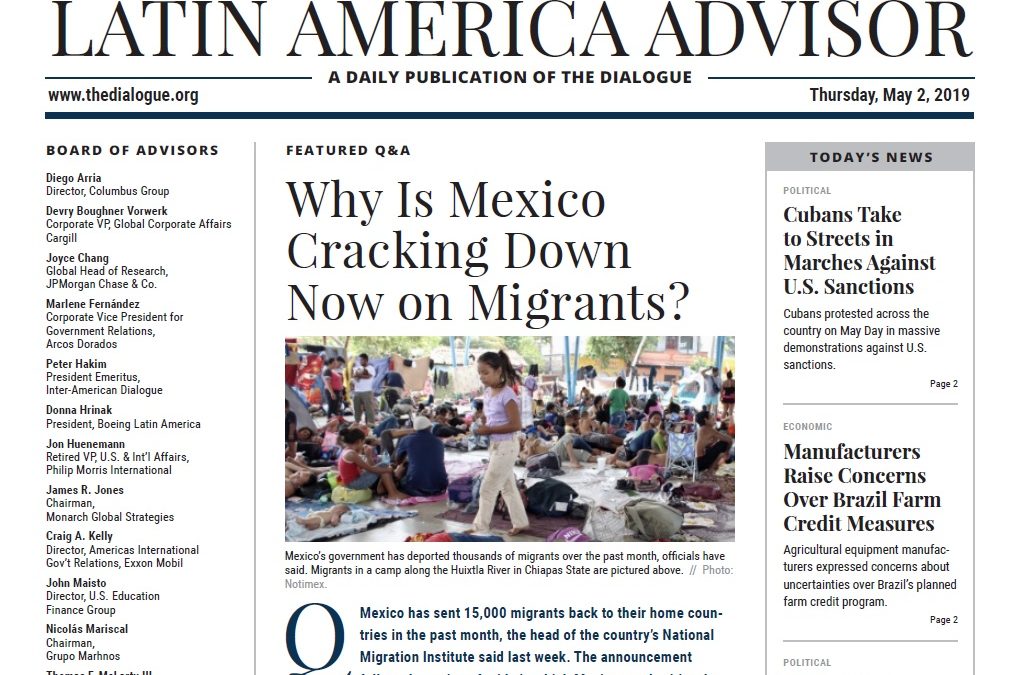 “Mexico is currently dealing with a real crisis at its southern border as large numbers of families and minors—at least 300,000 since January—from Central America, Cuba and  Africa are trying to cross the country illegally as they seek political asylum in the United States. It seems that, in part, López Obrador did get some pressure from several channels in Washington, but most importantly read well Trump’s threats to close the border, in addition to seeing increased bottlenecks in several points of entry, which is causing great economic losses. Let’s remember that during the presidential campaign, López Obrador said his government would approach the migration issue from a more humane perspective and would address the causes and find new solutions. He wanted to show change after the Peña Nieto government was about enforcement and deportation. Once in office, he announced ample jobs for migrants to construct his signature project, the Mayan Train, and offered thousands of visitor entry cards for humanitarian reasons. This message was immediately received in Central American countries, and many undocumented workers began to cross the border using legal points of entry, creating a bureaucratic nightmare for the Mexican authorities. As the numbers
of Central Americans increased, and the Trump narrative became harsher, AMLO took a step back, temporarily suspending the visitor entry cards, and began the crackdown and deportations. In the long run, it is yet to be seen what direction the Mexican government will take, if it complies with Washington in the middle of a tough USMCA  ratification negotiation or decides to navigate as a good neighbor to Central America and a bridge to funnel more investment to the region to stop illegal immigration. Politically, AMLO’s high approval ratings, his
control of the daily narrative, in addition to the vast support from his core base will let him do whatever he thinks is best.”