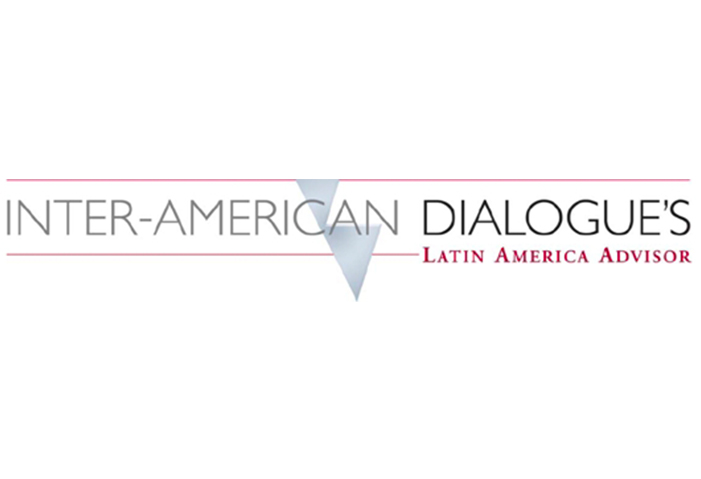 Mexico and Argentina lead Transparency International’s list of the countries in Latin America whose citizens perceive their nations as most corrupt. Seventy-two percent of Argentines and 71 percent of Mexicans believe corruption in their countries has grown over the past year, according to the study, which ranked Venezuela a close third. Why are perceptions of corruption comparatively high in these countries? In which countries are governments undertaking real actions to root out corruption, and where are such efforts lacking? How is corruption affecting the business and investment climate in Latin American countries? Ruben Olmos, managing partner at Global Nexus LLC in Washington talks about it:

“Latin America has accomplished great things over the last decade, including lowering poverty, improving income distribution and building a more robust democratic system. Corruption, in contrast, has worsened. Corruption is hard to measure given its complexity and types. However, surveys such as the ones conducted by Transparency International suggest that though some Latin American countries are becoming more corrupt, others are improving. Regional corruption has increased over the years given excessive government regulations and big bureaucracies. The more complex the government is, the more opportunities you have to offer bribes.

Organized crime is another important pillar of corruption. While some countries like Colombia and Peru have managed to destroy the power of drug cartels, in Mexico and some countries in Central and South America, organized crime has grown and become more consolidated, fueled by the incredible profits of drug trafficking and distribution. Across the region, organized crime operates with varying degrees of impunity. Underpaid government employees who supervise immigration, policing, transportation, utilities and other functions are all vulnerable to criminals’ bribes. In Argentina, corruption has also affected higher levels of government. A decade ago former President Carlos Menem was under house arrest on suspicion of involvement in an arms-trading scandal.

For businessmen, Latin America represents both an opportunity and a challenge. On the one hand, ample resources, a growing middle class and connectivity present opportunities to global companies. But investors must deal with increasing corruption, and not just when trying to sell goods and services to government, but also to obtain permits or inspect new facilities. In Mexico, the Peña Nieto administration has announced a new effort to tackle corruption.

The plan includes the elimination of the current comptroller’s office and the creation of a new independent Anti-Corruption Commission, which will have legislative oversight. These efforts and the crusade against organized crime should be the beginning of a sustained effort to end this endemic problem. 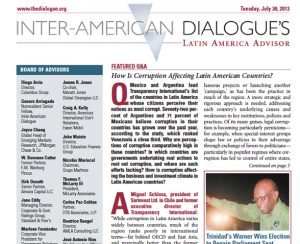